HORSEPOWER: THE COWBOY RIDES INTO THE FUTURE

This week on American Routes we’re exploring the life of the cowboy. From the Nevada deserts to the swampy forests of Florida, the cowboy is an enduring symbol of American individualism and self-reliance. We’ll visit with several working cowboys, including a few who can sing a tune or two. Wylie Gustafson might be better known as the man behind the Yahoo yodel, but we’ll talk ranching and horses, as well as music. Then we’ll visit with Creole cowboy Geno Delafose to learn how he mixes zydeco with cattle raising. Plus a couple of Cracker cowboys share tales of cow-hunting, and lots of music to get you out on the trail. 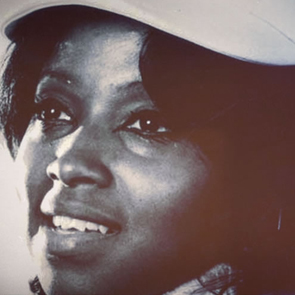 This week, American Routes talks to three soul singers from the formative era of the mid-1950s through Motown of the late ’60s, and an all-female New Orleans brass band. Justine “Baby” Washington talks about growing up in Harlem and her hits “The Times,” “Nobody Cares,” and “That’s How Heartaches Are Made.” Maxine Brown started as teenager in NYC singing with gospel groups. By 1960 she penned the hit, “All in My Mind,” and would later have hits with “Oh No Not My Baby” and a duet with Chuck Jackson on “Something You Got.” Chris Clark is a rare white soul singer who recorded for Detroit’s Motown Records. She became known as the “White Negress” in England where she toured with fellow Motown artists. The Original Pinettes Brass Band is a young, ten-member, all-women’s New Orleans jazz band that has achieved hard-won respect in a field dominated by men. 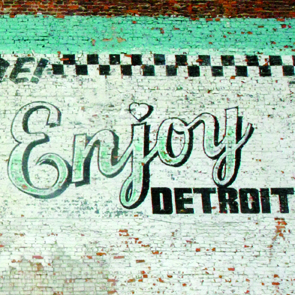 American Routes cruises the musical map of Detroit, catching the sights and sounds of the Motor City. From Hamtramck to Dearborn, we’ll meet the proud people who made the cars and played the bars. Jazz modernist Yusef Lateef tells of his time on the assembly line. Smokey Robinson talks about growing up with Motown’s future stars. We’ll learn how to construct a hit record from Motown studio insiders, then visit a raccoon hunters club, known for bluegrass jams. Plus rockabilly stars, dream cars and polka bands… all from Detroit. 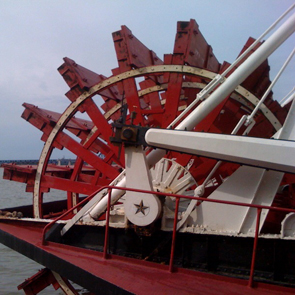 WADE IN THE WATER

As the muddy Mississippi winds its way past us in New Orleans, we’re reminded of the power and place of these waterways in American culture. First, we seek the source of the mighty river at the headwaters in Minnesota. Then listen to stories of steamboat captains, riverboats and rural fisherman. And learn about New Orleans own relation to the river with Tulane professor Richard Campanella. Plus river tales from Captain Doc Hawley, Aaron Neville and Al Green. 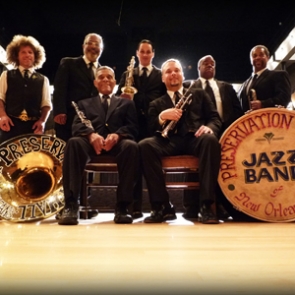 American Routes samples the best live music collaborations from the 2011 Jazz Fest season in New Orleans. Each year, music from the festival at the fairgrounds spills over into the streets and clubs of our city. We’ll camp out at Preservation Hall for an evening of jazz and country with the Preservation Hall Jazz Band and Nashville song man Buddy Miller, with special guest Robert Plant. Then we’ll catch the Hot 8 Brass Band and Mos Def at the Howlin’ Wolf across town. Plus more musical surprises.